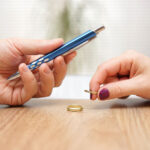 The United States has transitioned from a country wherein the idea of divorce was unheard of and building a successful marriage was considered a top priority to a place with one of the highest divorce rates in the world. The idea of marriage as a lifelong commitment has changed significantly and gradually evolved to emphasize… Read more »